One of the easiest ways to extend the life of deteriorated oil is to recycle it. Recycling is the process of returning anything or a portion of something to a useful state, that might or might not be the same as the original submission. Unless it has been maintained by regeneration methods, all lubricating oil eventually approaches the end of its lifespan and therefore ought to be drained from sump, the machine, or reservoir, whether that is in an engine, hydraulic system, gearbox, or turbine. 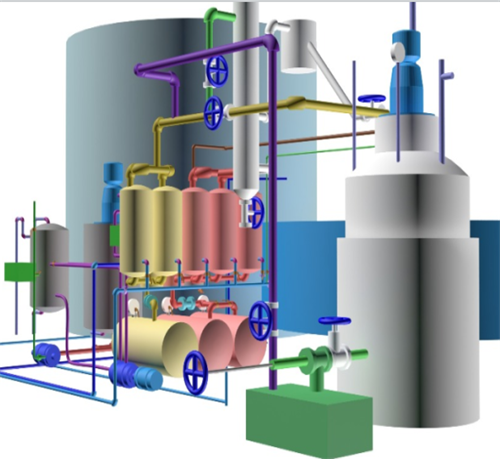 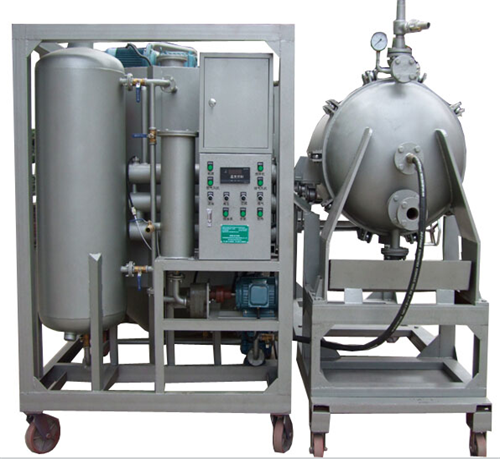 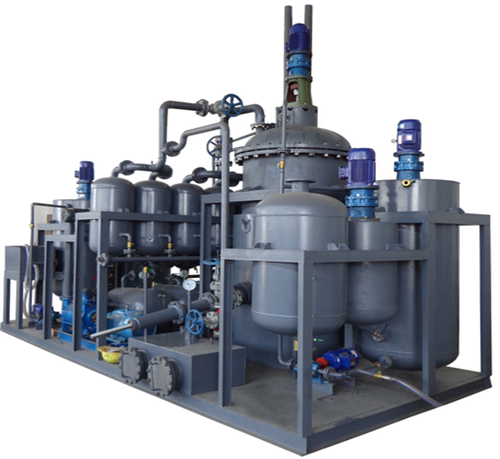 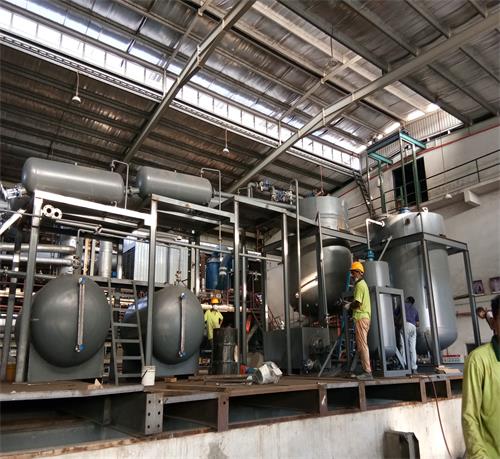 What is Oil Recycling Machine?

The main purpose of the waste oil recycling machine would be to regenerate black lube oil, waste engine oil, and some other industrial oils. Water, deeply oxides, gas, asphalt, particles, colloid, free carbon, asphalt, as well as wax can all be effectively separated from oil using an Oil Recycling System, turning black waste oil into a translucent golden tint. Degassing, dewatering, and decoloring are all functions about an oil recycling plant. To enhance the qualities of engine oil, restore its efficiency, and reduce wear so that the engine can operate normally as well as safely, thus extending the engine’s or oil’s lifespan.

How Does Oil Recyling Work?

Waste oil is injected into the reaction system via an oil pump, where it is mixed with flocculant and decoloring chemicals before being heated. Then, as a result of coacervation in waste oil due to physical, chemical, as well as sorption factors, the electric-charged particle becomes a large one. Simultaneously, hazardous gases are eliminated by degassing as well as dewatering, followed by chilling and filtering. The oil is next filtered via a high-precision sieve to remove contaminants, yielding pure oil with regeneration like base oil. Hydraulic oil recycling is another method of oil filtration in an oil recycling plant.

On-site oil recycling is possible in some cases. If your company generates a considerable amount of old oil which can’t be retrieved, it could be converted into lubricating oils or fuel for boiler, commercial furnaces, and other applications. If the used oils should be sent offsite since they are very contaminated with varying viscosity/base oils as well as chemicals, or the plant just doesn’t have enough volume to validate onsite recycling, make sure that the used oils are managed and delivered in an environmentally appropriate fashion by a waste removal/recycling corporation. 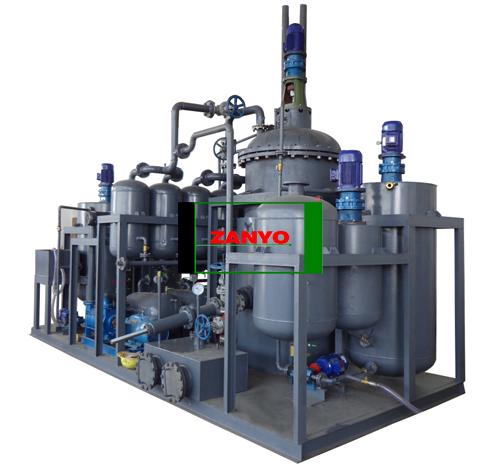 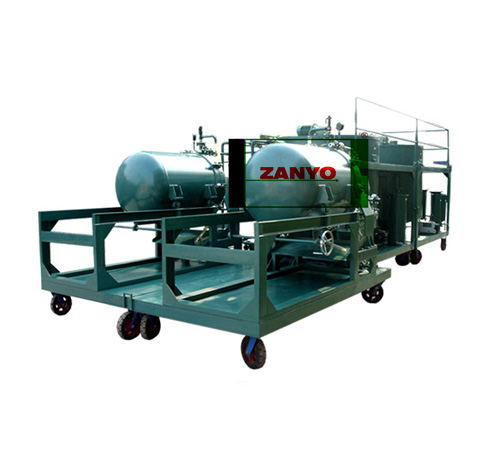 Utilized oil could be processed to lubricants, converted into fuel oils, and is utilized as a raw material within the refining along with petrochemical sectors. Used oil filters also include reusable scrap metal that steel makers could use as scrap feed.

So, how then do you recycle spent oil? For usage in automotive, heavy-duty diesel, as well as other internal combustion engines, as well as hydraulic fluids or gear oils, the most desired choice, re-refined oil, should therefore meet the very same stringent refining, compounding, as well as performance standards like virgin oil. Extensive laboratory testing and field research have determined that re-refined oil is similar as virgin oil—it meets all the required tests and, in certain cases, exceeds them.

Because re-refining simply re-processes spent oil into fresh, high-quality lubricating oil, the very same customers and businesses who use ordinary oil may use re-refined oil. Re-refined oil could be used by car maintenance centers, automobile owners, as well as other machinery maintenance operations which employ oil. Fleet maintenance companies that utilize a lot of oil can organize to recycle the same oil which they transfer to be re-refined, creating a truly closed loop of recycle.

Recycling and recycling spent motor oil is a better option than throwing it away, and it can save the environment. Recycled old motor oil could be processed into new oil, converted into fuel oils, and are used as petroleum industry raw resources.

Used oils from vehicles, bikes, and lawnmowers, like engine lubricating oil, hydraulic fluids, as well as gear oils, can contaminate the environment when they’re not recycled or disposed of appropriately. To avoid damaging the environment, used oil should be appropriately disposed by municipal waste management authorities or automobile repair businesses. Oil filters that have been used face a similar waste problem. They can be securely recycled or disposed of if adequately drained. 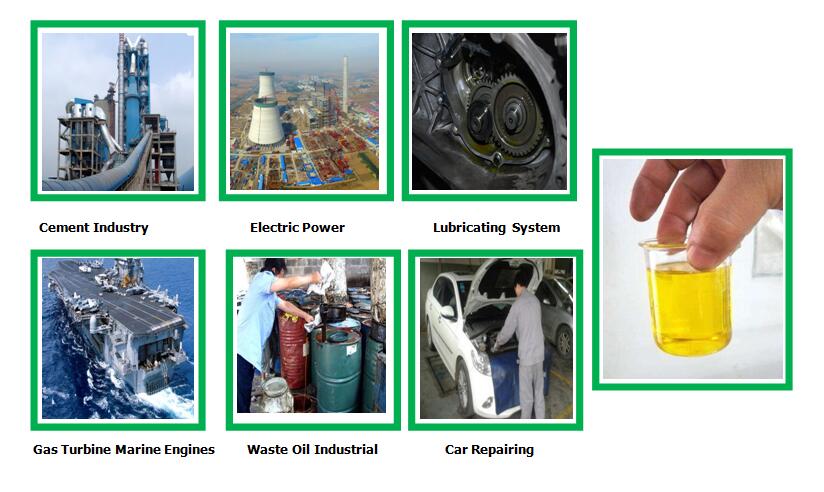 Some of the many reasons to reuse and recycle used oil include:

ZANYO is leading China Company manufacturers create products and services that are focused upon productivity, environmental conservation, and safety, as well as energy consumption. All their products have passed CE and ISO testing and have received certificates.

ZANYO Oil Purification Company uses a unique evaporation technology based on the use of suitable materials. All the goods can achieve automation control as well as testing, as well as an automatic defoaming system, facilitating human operation and maintenance.

Get In Touch With ZANYO Oil Recycling Machine

The term “used oil” refers to any petroleum-based and synthetic oil that has been utilized. Our automobiles, lawnmowers, and a variety of other devices all run on oil. Nevertheless, contaminants such as metal scrapings, water, dirt, or chemicals can combine with the oil during routine use, causing the oil to lose its effectiveness over time. To complete the job properly, this spent oil should inevitably be affected with fresh or re-refined oil.